Laurel passed away in Northam Western Australia on 9 June 2013 after a short illness.  Laurel loved to read and she had a passion for writing.  Over 43 years of writing Laurel was a prolific author self-publishing eight books that included children's stories, historical romance, regency novels, murder mysteries, and her West Australian epic The Walara Series.  In April 2013 she self-published the printed version of Journey from Walara.  Laurel was keen for The Walara Series to be completed and the third book will be published posthumously.  Her short stories and poetry have been included in several anthologies.

Laurel had a wide range of friends from her childhood, from her many years living in Hopetoun Western Australia, and from her writing.  The thoughts of Laurel's many friends to her family have been a great comfort and reflect how highly she was regarded.

Farewell
Posted by Laurel Lamperd at 3:30 AM 3 comments:

from As My Sister Lay Dying
The Romans liked purple
gave it Royal status
edged their fine woollen togas
with its brilliant colour
for which thousands of shellfish died.


My sister stirs and opens her dark sunken eyes.
Sorry, she says
I must have dropped off.
She gazes at the crocheted rug
and holds the purple yarn between bloodless fingers.
You are getting on with it.
Journey from Walara available in print soon
www.feedaread.com
www.amazon.com 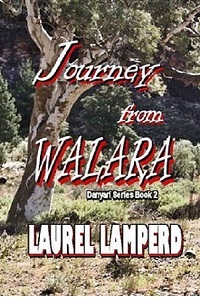 Posted by Laurel Lamperd at 10:37 PM No comments:

As my Sister Lay Dying


I crochet the rug
she had begun for her youngest son.


She rests against the headrest
propped on pillows
her eyes closed as an afternoon soap
plays its family dramas.


I twine the purple wool
across my fingers
and hope my stitches are as neat and firm
as hers.


The purple yarn is dark and luxurious
too opulent
for a young man to throw across
the back seat of his car. 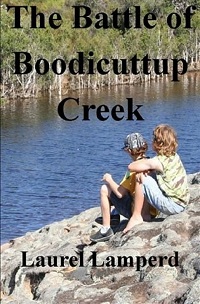 Three children try to save a creek from the developers. Suitable for children 7-11
www.feedaread.com


Posted by Laurel Lamperd at 10:06 PM No comments:

As My Sister Lay Dying


We have secrets, my sister and I.


At sixteen
she left without telling our mother
to live with our father in the Outback.


It seared our mother to the bone
when she found the note
on the kitchen table.


My sister, my father’s favourite,
found our parents marriage break up
particularly devastating.


She hurt all her life
she had wounded our mother.
I haven't told anyone about it,
she said
Not even my children. 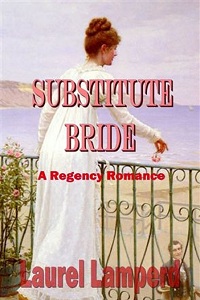 the Wolf and the Riding Hoods

THE WOLF AND THE RIDING HOODS


The twins, Catalina and Philippa, were on their way through the stretch of bush between their house and their grandparents' farm.
"Do you think we'll meet a wolf?" Catalina asked as she jumped from log to log.
"We might." Philippa put down the basket their mother had packed beside one of the fallen logs: the log had settled across two larger ones and formed a nice little bridge.
The girls walked along its narrow surface, their arms outstretched, hands spread, balancing.


Arthur drove along the slushy track, wet from the morning's rain, looking for Leggatt's farm. He wondered if their bit of insurance was worth going out of his way. Rounding a bend in the road, he saw ahead of him, two little figures clad in red raincoats and hats, walking along a fallen log. He stopped when he reached them.
"Hi, there, chicks," he called, grinning as he wound down the window. Though he was nearing sixty, Arthur liked to keep up with what he thought was the latest jargon of the younger set.
The girls stared at him then said in unison, "Hello."
Arthur switched off the engine. "Where are you going?"
"We're going to see grandma," one of the little girls said.
"Where does your grandma live?"
“She lives in a house on the other side of the forest.” She pointed to the track behind her, which led into the forest. “We’re having a sleepover with her and Granddad tonight.”
Arthur’s eyes, set in a pudgy red face, glinted with expectation. “I’ll give you a lift. It’s a long way for two little girls to go by themselves.” He leant over and opened the door of the car.
The little girls jumped down from the log. One of them picked up a basket. They stood with the log between them and Arthur. 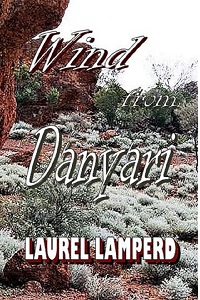 Joe Hennessey builds a sheep station in the north of WEstern Australia for his heirs.
Wind from Danyari www.omnilit.com
www.feedaread.com
Posted by Laurel Lamperd at 12:53 AM No comments:


They wanted to furnish their rooms
in the spirit of the Pre-Raphaelite movement.
Not for them
Stick-back kitchen chairs
Beechwood Swing Rockers,
Bentwood, Windsor and the Sheraton style.


I imagine Burne-Jones bringing to life
the brave Sir Galahad
the knight who had no equal,
painting the back of a medieval chair
from images of Morris' poems.
And Rossetti coming to visit,
taking up a brush for amusement,
painting the unfaithful Gwendolen
of the golden hair.


Morris kept the kettle boiling on the hob
poured cups of tea,
chatting with his companions,
not dreaming the chairs would reside one day
in America's Delaware Museum.


What would they have thought of chairs
made of Malaysia's rainforests
and plastic chairs from China
pressed out in their millions. 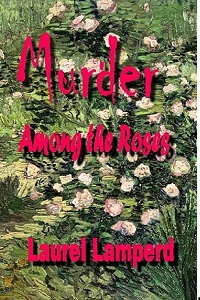 Detective Matt Allenby finds he is falling in love with one of his suspects.


Posted by Laurel Lamperd at 9:08 PM No comments:


Our mother grew a plumbago hedge.
The mauve wispy flowers moved in the hot still air
And was always in need of trimming.
We want some privacy, our mother said
When the next door neighbour came home drunk.
We sat into the late evening
Watching the picture crowd go home.
I'd forgotten how hot it was in Northam.
We ran a milking cow down the back on our half acre.
My brothers took turns in milking
and left bowls of milk on the back of the Metters.
Our mother scooped the thick clotted cream
Over stewed black plums
Picked from the overhanging branches of the neighbour's tree.
A high steel fence separates out neighbours this second time round.
The air conditioners hammer into the night. 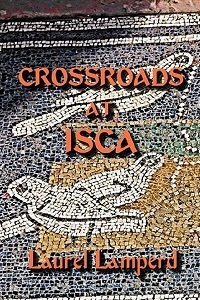 Posted by Laurel Lamperd at 1:30 AM No comments:

Laurel Lamperd
I am a poet and a writer of novels and short stories. I live in the beautiful Avon Valley of Western Australia. Excerpts from my novels, poetry and short stories can be read on my website www.authorsden.com/laurellamperd Read my blog http:laurellamperd.blogspot.com.au